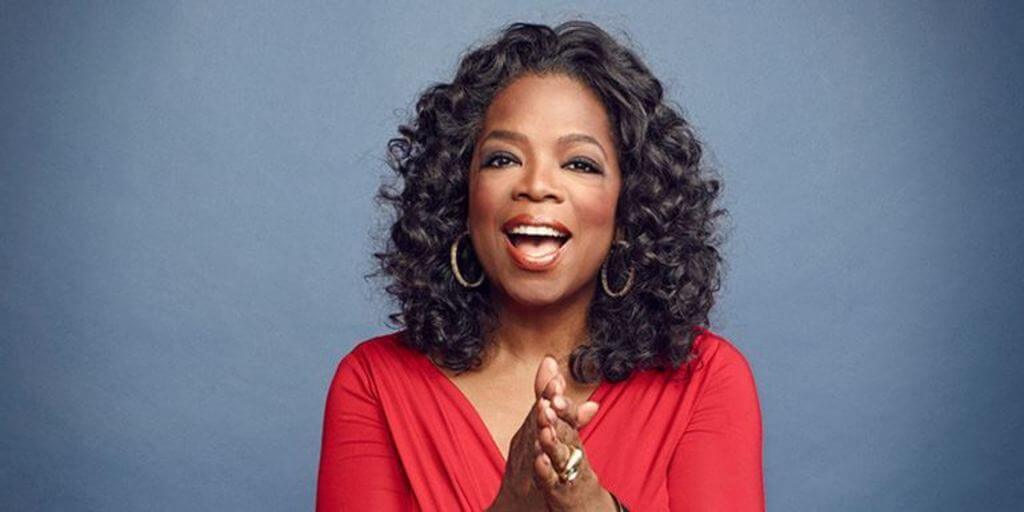 In a world and industry full of celebrities filled with different racial backgrounds, beautiful black women have been dominating Hollywood for a long time now.

Many women have either hit it big on the screens with their acting skills, broken the YouTube play buttons with their phenomenal music videos, had lines outside their concert halls and not to mention, have hit it hard in the banks ($)!

These hot black women are major fashion icons as well, and have had their fair share of recognition at various award shows! Here is our list of the top 14 black women: 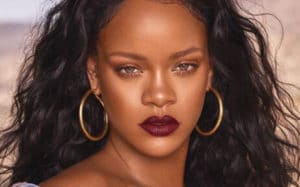 Profession and achievements: A singer, businesswoman, fashion designer, actress, and philanthropist. Rihanna is officially the wealthiest female musician in the world having a fortune of $600 million.

Forbes has also named her among the top ten highest-paid celebrities in 2012 and 2014. She recently started a makeup line by the name – Fenty – which has received much praise worldwide, especially by women of color, because the foundation shades are diverse and available in EACH skin shade.

She is also a fashion icon. Anything that doesn’t seem nice on the ramp, Rihanna turns it into a statement outfit! She’s undoubtedly one of the sexiest black women. 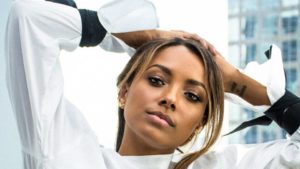 An actress, singer, dancer, and model. She began her career at the young age of only six years and gained fame from her famous marketing campaign for Coca-Cola’s new drink – Fanta.

She is well known in the acting world for two of her roles – one in Lizzie McGuire and the other in The Vampire Diaries.

She has received a Creative Award by Black Women in Film Association. 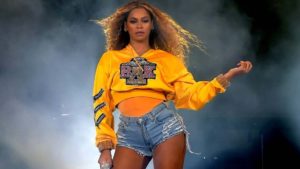 Profession and achievements: American singer, actress, songwriter, record producer, director, model, dancer, fashion designer, and businesswoman. Is there anything this woman can’t do?

Do you know About This News? The Internet Reacts to Beyoncé’s Alleged Nail Polish Change at Coachella.

She is well-known for winning 26 MTV Video Music Awards – making her the most awarded artist in the award show history! She is also the highest-nominated woman in the history of the Grammys!

She’s also known for her influence in feminism and female empowerment through her music, especially her B’ day album. 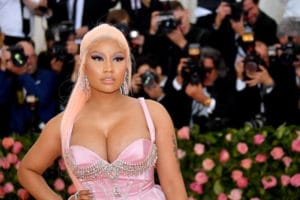 Profession and achievements: A rapper, singer, songwriter, actress, and model. She is considered as the most influential female rap artists of all time, hence is known as the ‘Queen of Rap’. She has accumulated the MOST Billboard Hot 100 entries among women of all genres. ‘Anaconda’ is her highest-charting single in the U.S. to date.

Although Nicki Minaj is seen as a controversial figure, her style statement never fails to impress. She highlights and promotes self-confidence each time she’s publicly seen. 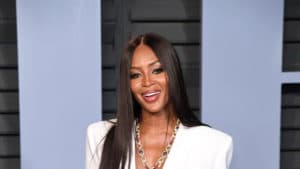 Profession and achievements: An English model, actress, and businesswoman. Naomi was recruited at the young age of 15, but came a long way, as she received the recognition of being one of the top 6 models in the 1980s and 1990s, and was called a supermodel of her time.

She walked the catwalk for Versace in her early days as well. She was one of the hot black girls in her days, and rightly so! 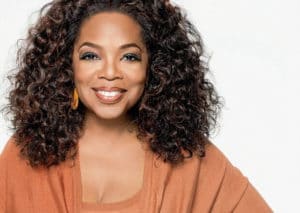 Profession and achievements: An American media executive, actress, talk show host, television producer, and philanthropist. She’s the Queen of All Media, as her show was the highest-rated in its time. She is regarded as one of the most beautiful black women, both inside and out.

Oprah is known to be the most influential person in the world and is ranked the greatest black philanthropist in American history while being the first black multi-billionaire in North America. 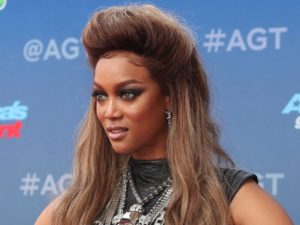 Profession and achievements: An American television personality, producer, businesswoman, actress, author, and model. Banks was the first African-American woman to be featured on the cover of GQ and the Sports Illustrated Swimsuit Issue.

She is famously known for being the host of America’s Next Top Model and having her talk show, The Tyra Banks Show, in which she inspired thousands of young ladies. She is also one of the only seventeen models to be ranked as a Legendary Supermodel by MODELS.com. 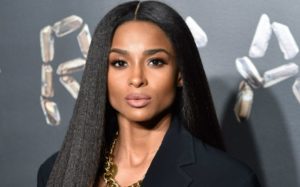 Profession and achievements: An American singer, songwriter, dancer, and model. She debuted her music album in 2004 and became an instant hit with her singles topping the charts on Billboard. Ciara has also won one Grammy Award, as well as 3 MTV Awards.

She was signed as the Global Brand Ambassador for the cosmetics brand – Revlon. In 2008, Ciara was honored as Billboard’s “Woman of the Year” because of her work in changing the music business. 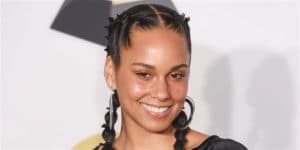 Profession and achievements: An American musician, singer, and songwriter. Keys began singing at the age of 15. She became the first woman to have an MTV Unplugged album debut at number one. She has received 15 competitive Grammy Awards.

She co-founded and is the Global Ambassador of the nonprofit HIV/AIDS-fighting organization ‘Keep a Child Alive.’ Time magazine has regarded her as one of the 100 most influential people twice. 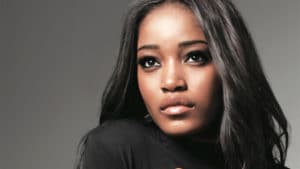 Profession and achievements: An American actress, singer, rapper, songwriter, and presenter. Her most iconic role is from the series – True Jackson, VP on Nickelodeon in which she earned $20,000 per episode which made her the fourth-highest-paid child star on television.

A Walmart fashion line inspired by True Jackson, VP, was launched, with all the designs being approved by Palmer herself. She also works with the Boys’ and Girls’ Clubs of the American charity Cool To Be Smart program, speaking to children about the importance of learning. 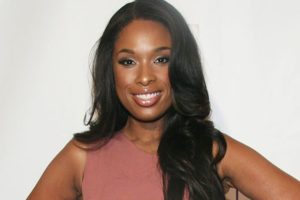 Profession and achievements: An American singer and actress. Her career started from American Idol, Season 3, in which she was ranked 7th. She acted in Dreamgirls (2006), for which she received an Academy Award and a Golden Globe Award.

She received a star on the Hollywood Walk of Fame in 2013. Later on, Hudson was hired as a coach on The Voice, both USA and UK versions. She became the first female coach to have won The Voice – UK. 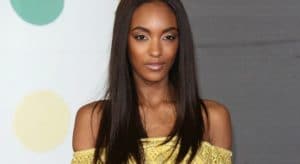 Profession and achievements: An English model and actress. Jourdan debuted as a model at the age of only 16 and is recognized as a very tall model with a height of 6 feet. She is most well-known for being the first black model to walk a Prada runway in over a decade!

She was signed as the face of Maybelline New York and is considered to be a supermodel of this generation. She has walked numerous shows for DKNY, Michael Kors, John Galliano, Victoria’s Secret, Tommy Hilfiger and has also worked as the face of Rihanna’s collections for River Island. 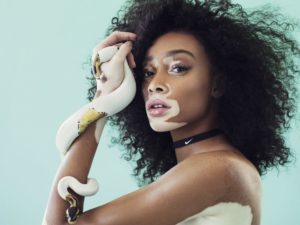 Profession and achievements: A fashion model, and public spokesperson on the skin condition that she has vitiligo. She was recognized and gained fame from her appearance on America’s Next Top Model, ranking 6th overall in the 21st season. She was the official brand representative of Spanish clothing brand Desigual.

She was chosen as one of the BBC’s 100 Women. She speaks about her skin condition and helps others who have it to embrace it and not to let it become a point of getting bullied for. 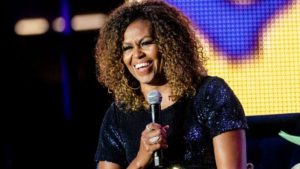 Profession and achievements: An American lawyer, university administrator, and writer and also well-known for being the first African-American First Lady of the United States.

Michelle is a role model for young women worldwide. Her motivational lines, self-confidence, self-love, and drive to achieve all that is in this world is what has captured the hearts of many.

She is comfortable in her own skin and makes others believe in the same.

She supported American designers and was considered a fashion icon.

There are hundreds of hot black women in the industry, but these women top our list, not only in looks, but with their influence, fashion sense, awards, and success. 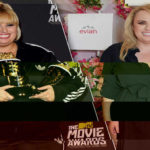 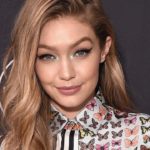 Next Story:
Hadid Replaces Sister Bella as the Top Cover Model for 2022

About the Author: Minza Haque

Minza is an aspiring doctor and a fashion and beauty influencer. She posts and write about the little things that she likes in her life and wants to share with the world to make it a better place.